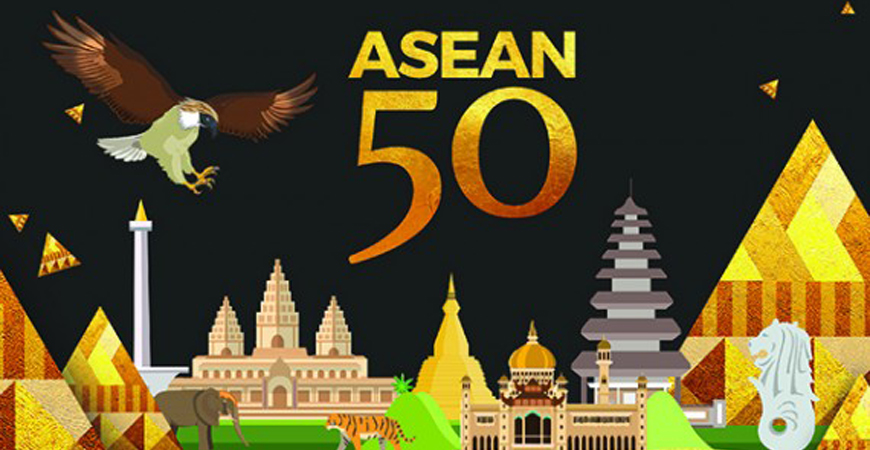 The Philippines will be holding the Grand Celebration of ASEAN’s 50th Anniversary on August 2, 2017 – August 8, 2017.  An estimated 1,700 VIPs will flock to Manila for the nationwide celebration. Aside from the plethora of festivities, important meeting will take place such as the 50th Asean Foreign Minister’s Meetings, the 18th Asean Plus Three Foreign Ministers’ Meeting (with Japan, China and Korea), the 7thEast Asia and Summit Foreign Minster’s Meeting, and the 24th Asean Regional Forum.

The celebration of five decades of regional partnership is of monumental importance to the Philippines, the current chair of the ASEAN. For it’s third run as the chair, the country has taken on the theme of “Partnering for Change, Engaging the World”—seeking to further build the Asean’s internal linkages to each other as member states whilst bolstering their presence in the global arena.

Thus, the ASEAN 50 Celebration, hosted by the Department of Foreign Affairs, will seek to solidify the relationships within the ASEAN and its many partner states. Foreign Affairs Secretary Alan Peter Cayetano will lead 27 foreign ministers, including the US Secretary of State Rex Tillerson, in discussions tackling pertinent issues in foreign affairs. As a culmination of the celebration and meetings, August 8 will be packed with activities such as the Closing Ceremony of the 50thAsean Foreign Minsters’ Meeting and Related Meetings; Tribute to the Founding Fathers of ASEAN; Recognition of the ASEAN Special Awardees; and the Keynote Message of President Rodrigo Roa Duterte, in the Philippine International Convention Center (PICC) in Pasay City.

Following the morning activities, the ASEAN Landmark Lighting Activity will take place at 3:00 PM at the Cultural Center of the Philippines (CCP) Complex; the Blowing of Horns will take place at the Manila Bay and other selected areas; and the ASEAN Day Ground Parade which will depart from Luneta and arrive at the CCP Complex. A Nationwide Landmark Lighting will also take place in selected local government units in the Philippines and an ASEAN Pop Concert will be held in the Bonifacio Global City, High Street in Taguig City.