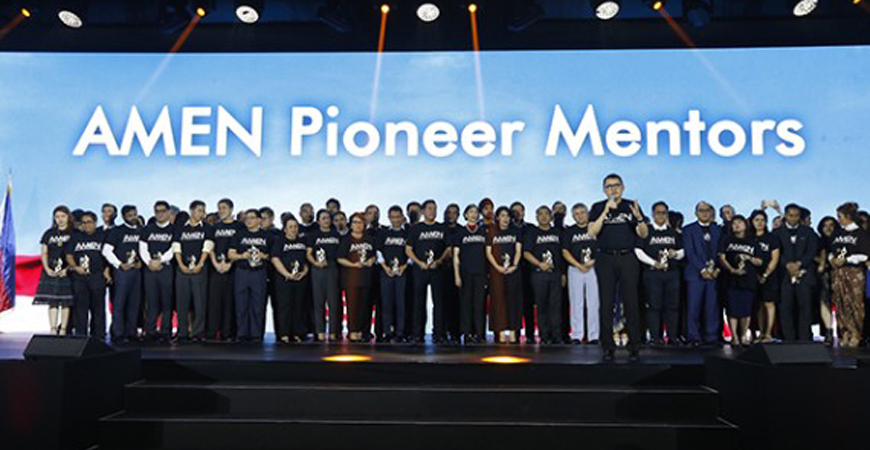 In his speech, Duterte recognized the growing importance of MSMEs who account for over 80% of all businesses in the world. He announced his commitment to propelling MSMEs in the nation and to increase the national budget allocation to further the development of this sector in front of the more than 1,000 delegates present in the summit.

“Next year I would like to make some late changes to the budget. I would like to pour more money into the medium, micro-, and small entrepreneurs (..) Because we found out in our meetings that the basic unit of the economy has always been moved by the MSMEs,” Duterte said.

Aside from the announcement rallying for greater support for MSMEs, Duterte also touched on realizations drawn from the recently concluded APEC meetings. Notably, he shared about his agreement with China’s President Xi Jinping that their people’s welfare, not war, is their ultimate priority. “The only way to go is cooperation. Ideological conflicts are no longer in vogue they are passé,” he said with regards to many pushing the two states to go head-to-head in terms of land disputes.

AMEN is a private-public partnership platform for fellow AMS intended to augment and actively scale up the micro and small enterprises through mentorship and world class teaching modules. Mentorship is a way of educating through intensive guidance in an area that is of interest to both the mentor and mentee.

The mentors are qualified volunteers who are committed to share their knowledge from their extensive experience.

Highly qualified mentors called the Champion Mentors also shared their experiences that led to the success of their businesses. By 2019, AMEN seeks to regulate the ASEAN Mentors Academy where the mentoring system and the modules used will be more systematized.

AMEN’s mentorship program provides a platform to promote best practices and  maximize potential in the path towards inclusive growth throughout the Member States. It seeks to prepare the MSMEs to face the growing challenges in the business community and to scale up their operations to increase the production of their goods and products through the training modules provided in the mentorship program. It is intended to bring the “3Ms” – Money, Markets and Mentorship—of entrepreneurial success, especially to micro and small enterprises.