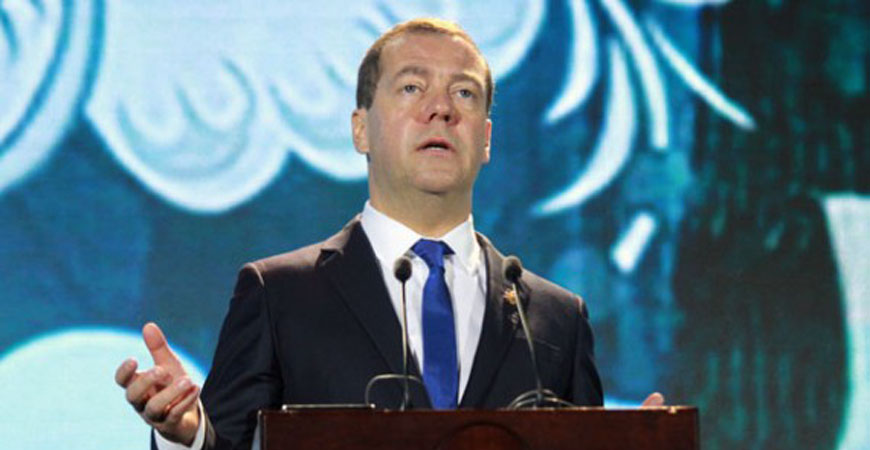 MANILA: November 13, 2017—Russia’s Prime Minister Dmitry Medvedev lauded ASEAN for opening up their borders in an age of increasing protectionism during the ASEAN Business and Investment Summit where he gave a speech and answered questions related to the ASEAN Build, Build, Build panel. As Russia works towards recovering from economic hurdles such as trade embargoes or sanctions from the West, their gaze has turned towards its Eastern neighbors.

“Russia is looking for ways to adapt to the new economic reality,” Medvedev said in his keynote speech, “Growth is recovering in Russia with GDP expected to increase 2 percent by the end of the year.”

Medvedev shared that Foreign Direct Investment has also been pouring in to Russia, with a more than 100% increase reported in the first half of the year. However, Russia is now looking towards adapting to the digital economy and information age. In this end, Russia wishes to deepen its ties with the regional bloc.

“We see genuine interest within the business community of our countries to cooperate on energy, transport, agriculture, satellite navigation, high technology, financial services, and in almost all possible areas,” Medvedev said.

Connectivity seems to be a main priority of Russia with regards to ASEAN. “We are developing seaports and airport infrastructure in Russia’s Far East and are building cross-border oil and gas pipelines. The main goal of all these efforts is to ensure maximum efficiency in cargo transport between Asia and Europe and create a major transport and industrial hub in Russia’s Far East to serve the Asia-Pacific Region,” Medvedev said.

Another initiative for connectivity which Russia is spearheading is the Eurasian Economic Union—a new integration body that aims to create a large market wrought from Eastern Europe and Asia’s quest for a larger market and developed infrastructure. “Russia belongs to the Asia-Pacific Region in terms of its geopolitics, history and economy. Promoting cooperation with all countries within the region and contributing proactively to resolving regional issues is a strategic priority for us,” Medvedev said in closing.

ASEAN Build, Build, Build Open Forum
After his speech, Medvedev entertained questions from delegates of the summit. Prompted as to what Russia—with its achievements in infrastructure—can contribute to aid ASEAN in its Master Connectivity Plan, Medvedev said “[w]e are willing to provide our infrastructure capacities to all ASEAN economies. This includes airports and seaports, railways, roads, pipelines, powerlines and high-speed communication channels.” 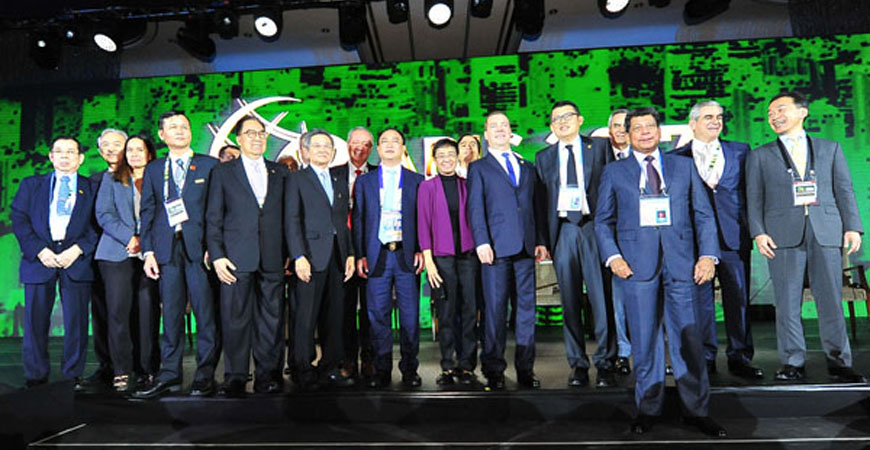 Answering another question Medvedev said increasing trade relations with all ASEAN states was the strategic stance of Russia with regards to the economic community. Seeing that developmental gaps and increasing favoritism can threaten the stability and future of the economic union, Russia wishes to solidify ties with all.

Asked about how Russia plans to attract Asian businesses to their country, Medvedev said:
In October, Russia and ASEAN agreed on a plan of action in science, technology and innovation. I hope that the business community will also find a place in these plans. We have approved an energy development programme through 2020. There are programmes on agriculture, food security and tourism with ASEAN economies. All these programmes can make an additional contribution to our interaction.

Finally, Medvedev addressed a question raised by ASEAN Business Advisory Council Chair Joey Concepcion on Russia’s plans of helping small businesses in Russia move up the value chain. He shared that Russia’s small businesses make up 50-60% of their business community which low compared to that of ASEAN’s more than 90%. Nevertheless, the country has endeavoured to support these small businesses as key drivers of growth thru pushing legislation that promotes and supports small businesses.