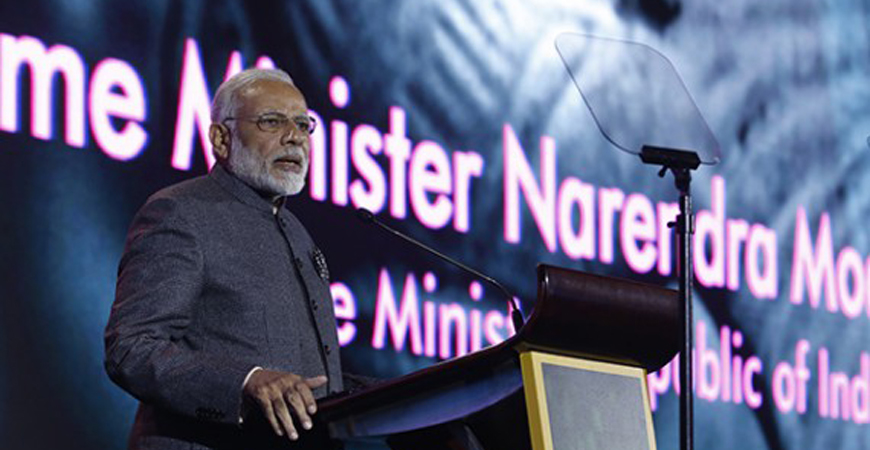 MANILA: November 13, 2017— India’s Prime Minister Narendra Modi talked about India’s growth at an unprecedented scale—largely enabled by digitization—and his hopes of deepening ties between with the ASEAN at the ASEAN Business & Investment Summit 2017.

In his speech, Modi shared key figures that exhibited the positive economic marks India has reaped due to his administration’s movement on eradicating corruption and engaging the citizenry through technology.

“Using technology, we are enhancing responsibility and reducing discretion and corruption. We are using our Unique ID system in financial transactions and taxation for this purpose and the results are already visible (…) Digital transactions have increased by 34 per cent in one year (…) We have used technology to reach out to people. An online citizen engagement platform, MyGov has harnessed ideas, suggestions and inputs on policies and programmes from 2 million pro-active citizens,” he said.

Modi’s people-centric and tech-enabled governance, coupled with a resolve to stop corruption and other government practices that are hindering India’s growth, have brought about great changes that are empowering India’s business community.

“Incorporating a company is now just a one day affair. We have simplified industrial licensing, and introduced online application process for environmental and forest clearances. All these have made opening a new business very easy,” he said.

Modi then shared promising results from the current changes brought by his forward-thinking administration. India has consistently gone up tremendously in world ranking surveys in terms of ease of doing business, global competitiveness, and innovation.

Another inspiring feat achieved by India under Modi’s leadership is creating access to money for the unbanked through the Jan Dhan Yojana, the prime minister’s scheme for financial inclusion. “197 million bank accounts were opened in one year. Till August this year, 290 million such accounts have been opened in Indian banks. Nearly 200 million Ru-pay cards were issued for easy cash-less transactions.”

Finally, Modi ended by expressing India’s intent of being a global manufacturing hub—a similar goal of ASEAN—and his desire for the youth to be job creators; not just job seekers. In this similar quest, India and ASEAN endeavour to grow and champion their small entrepreneurs; Modi lauded the ASEAN Mentorship for Entrepreneurs Network and painted an exciting future for the Asian brothers. “Indeed, for the near future, South and South East Asia will be the growth engine of the world. Hence, building connectivity with ASEAN is a key objective for India. We wish to build land, sea and air connectivity to this dynamic region,” he said.