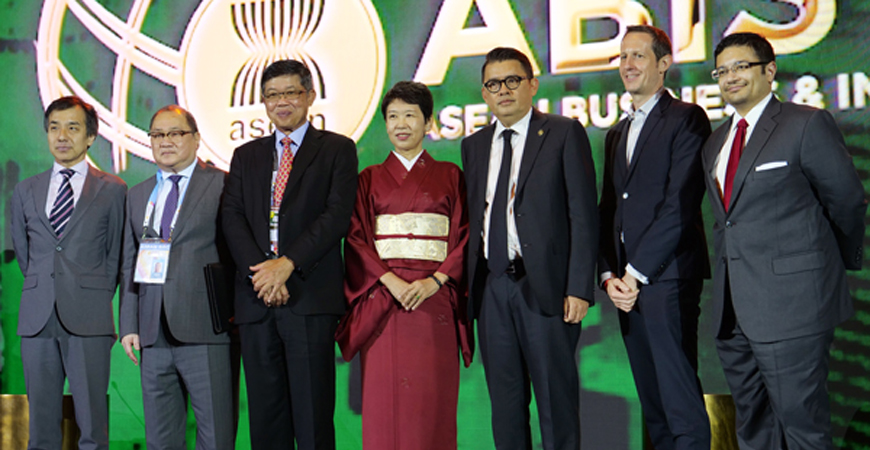 MANILA, November 14, 2017 – The forum entitled “Entrepreneurship in the Digital Economy” concluded the five forums of the three-day ASEAN Business and Investment Summit.  It centered on the different challenges the digital economy is facing in its aim to promote more inclusion in the region. With more than half of the world’s population now online, the digital economy is considered as a dominant force in the world economy. The forum leverages on the idea of ASEAN’s vast untapped potential and the different ways this can be addressed.

“Instead of just looking at digital alone, it is very important to look at the techno-economic evolution – the Fourth Industrial Revolution. Goh Peng Ooi of Silverlake Axis shared how focusing on the different aspects of the digital revolution can help ASEAN as it is at different stages of development.

Financial inclusion remains to be one of the major challenges in the digital economy. Richard Eldridge tackled the solutions on how more people can gain more access to banking system   “Slowly people are starting to get some sort of banking relationship…the challenge is how do you get them on top of that a full range of financial services to have them fully included have the maximum opportunity in life,” he said.

Manny Pangilinan of PLDT discussed how startups and big businesses  can cope with each other in today’s digital economy. He shared that big companies such as PLDT are providing not only intra but as well as the platforms needed for startups in this digital economy to prosper. “[In the end] The objective is to make people’s lives easier to do,” he added.

On the role of the government in promoting digital economy, Dr. Yuri Sato Executive Vice President of Japan External Trade Organization explained the ways in which government organizations such as JETRO can build bridges for enterprises through policy making and researches. She also shared findings from a research on the bottlenecks of utilizing e-commerce in the region. Among these challenges are in human resource, logistics, financial services, internet infrastructure.

To wrap up the discussion, Manny Pangilinan summed up the challenges that needs to be addressed in areas such as infrastructure, consumer mindset and financial inclusion. “At the end of the day, we in the internet world should be judged not by the profit we make. If we could say that so many years from today we can say we improved the lives of so many people by ways of the internet, then I think we’d done a good job,” Pangilinan said.