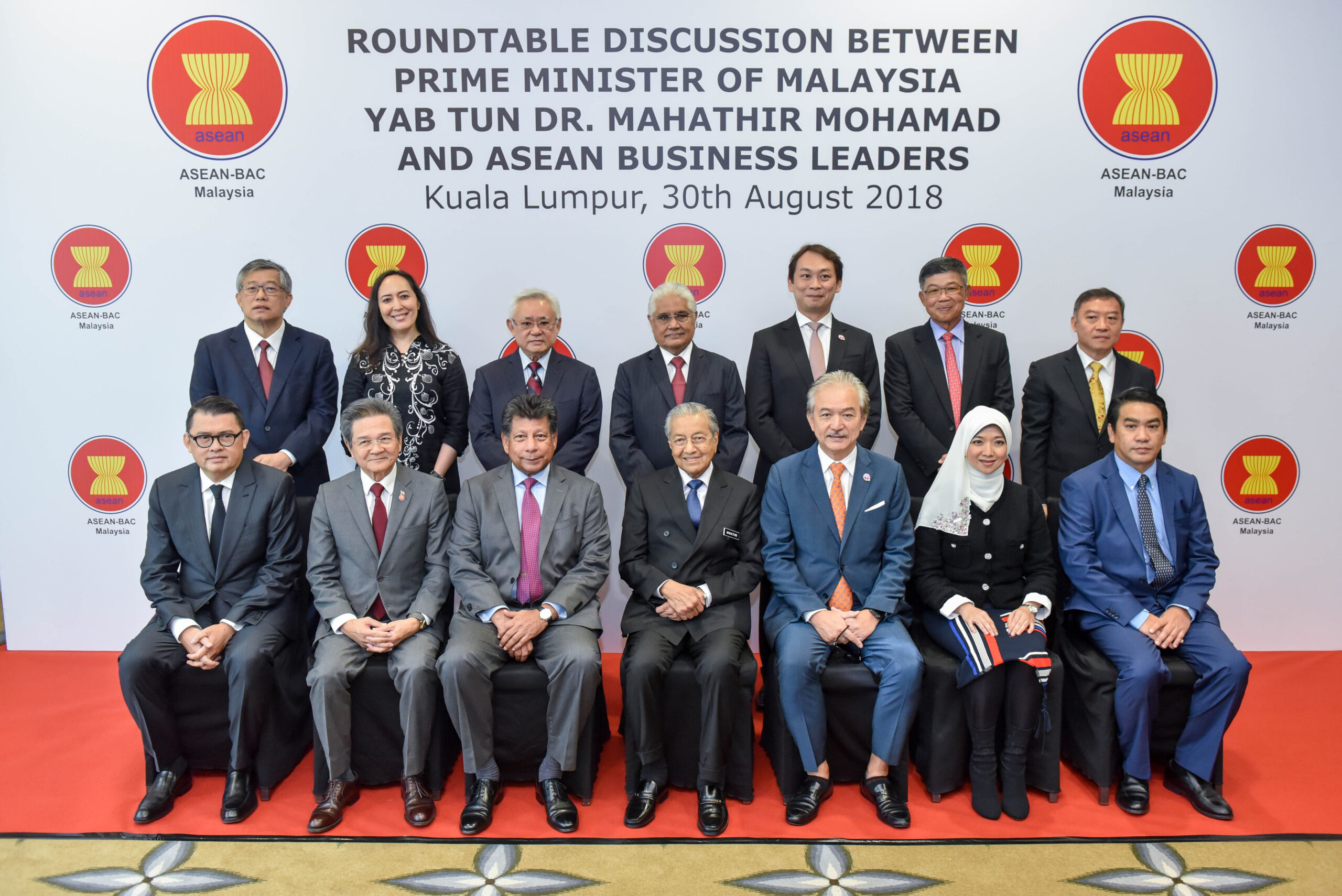 Kuala Lumpur, 30 August 2018: Malaysian Prime Minister Tun Dr. Mahathir Mohamad today had lunch and a roundtable discussion with Asean business leaders led by the country chairs of the ASEAN Business Advisory Council (ASEAN-BAC).
The two-hour event organized by ASEAN-BAC Malaysia, supported by ASEAN Business Club, with the small group of 15 businessmen from the region began with a discussion on the trade war between the U.S. and China and rising protectionism. It was felt that ASEAN more than ever needed to be committed to free trade and open economies, even if individual countries might position themselves to benefit from investment to circumvent American and Chinese barriers against each other.

Most of the business leaders at the roundtable agreed that commitments made in ASEAN were not always fulfilled. They pointed out barriers to trade, investment and movement of skilled labour should be drastically reduced to achieve regional growth and a market which could truly become one of the giants of the world economy. It was the consensus at the roundtable that all assumptions have to be fulfilled, if ASEAN was to become the fourth largest economy in the world by 2050.

The business leaders brought up a litany of liberalization measures committed to but had remained outstanding for a very long time.
During the discussion it was accepted national interests of individual ASEAN member states would always prevail in the way the regional grouping was structured, but it was also recognized individual national interests in Southeast Asia need to be pooled to achieve meaningful market size for economies of scale and, very importantly, in a world of trade wars and increasing protectionism, to ensure an oasis - in fact in Asia-Pacific as a whole - of a rules-based economic order.